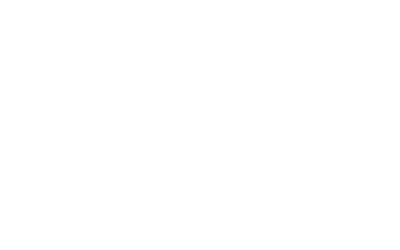 Join the European Direct Lending event of the year!

Following a year of record fundraising in 2019, direct lending was riding high before the pandemic struck. The first wave of the COVID-19 pandemic provided the first big test for direct lending’s health as economies locked down to prevent the spread of the virus and deal flow dried up. However, in a year that brought untold challenges, there have been some unexpected developments for direct lenders with many experiencing their busiest period yet as they invest at a rapid pace seeking to capitalise on opportunities between periods of instability.
The 2021 European Direct Lending Forum will explore how funds have coped with stressed situations in their portfolios and the current terms in the market for funds looking to add leverage for the first time. We will also look to the US to explore lessons learned from a more mature private debt market as well as examining the latest reporting requirements affecting direct lenders.

Fantastic event with really interesting/different topics. I will be re-connecting with some existing relationships in addition to building new ones through the event.
Great to bring together key players to have a checkpoint on where we are and where we are going
One of the best online set-ups I've experienced
It was a very well structured discussion by some excellent very authoritative and delegates. It was a mixture of interesting, informative and enjoyable at the same time. Bravo to all involved
Amazing opportunity to listen to sector experts and strenghen networking
Well organised and very relevant given the current situation and the road to recovery commencing in 2021
Addressed brilliantly. How can we get involved for the next one please?
Well conducted. Interesting mix of perspectives from around the globe!
Panelists and speakers spoke to current issues and tried to keep it interesting. Better than other virtual events i have participated in.
Interesting insights covering several topics, excelent panelist and sponsors.
Content was interesting. Good range of speakers. Well moderated under difficult conditions.
I enjoyed the first panel especially. Very informed experts, insightful and hopeful and, as a reporter, very useful backgrounds.
Interesting and very much appreciated the unusual and innovative way to deliver the contents.
It was useful for high-views perspectives on very interesting topics and for widening my network
It was very good even if virtually run
Effective, good use of the platform and technology for a virtual rather than an in-person conference.
Relevant content, helpful virtual networking, and I hope you'll leave the ability to connect with other participants open for a few days.
This was my first time to attend this event. The virtual component and website was very well done and easy to navigate.
Good event. Thank you. Will use the delegates directory to contact specific delegates.
Really liked the studio follow-up commentary discussing key topics addressed on the panels
This was one of the best events I have participated in. And the delegates list was impressive.
❮ ❯

An error occurred trying to play the stream. Please reload the page and try again.

Mr. Affolter is a Partner and Portfolio Manager in the Ares Credit Group, Co-Head of U.S. direct lending. Additionally, Mr. Affolter serves as a member of the Ares Credit Group's U.S. Direct Lending Investment Committee. Prior to joining Ares in 2008, Mr. Affolter was a Managing Director at CIT, where he focused on building its sponsor finance business. Previously, Mr. Affolter was a Senior Managing Director at GE Capital in its sponsor finance business and a Senior Vice President at Heller Financial, leading its mezzanine finance business in corporate finance. He currently serves on the Regional Committee of Washington University and holds an A.B. from Washington University in Economics.

irsten is Co-Head of Pan European Private Debt at Muzinich & Co. Before joining Muzinich, Kirsten worked as a Managing Director in the principal debt investing team at Macquarie, responsible for sourcing and executing transactions ranging from leveraged senior, unitranche and mezzanine debt to equity in the UK, Germany and Benelux. Previously, she worked for Silver Point Capital, a US based credit/distressed fund, in the private debt team in Europe. Kirsten started her career at Morgan Stanley in 1999, working in the generalist M&A and Leveraged Finance teams in Germany and London. Kirsten graduated from ESB Reutlingen and Middlesex University London with a B.A. Honors in European Business Administration.

James Burns is a Managing Director of Crescent Credit Europe LLP focusing on European credit. From 2007 to 2013, he was a Senior Director in the Acquisition Finance team at Lloyds Banking Group where he was responsible for managing relationships with private equity sponsors. He previously worked in the Leveraged Finance Groups at ABN AMRO as a Director, WestLB as an Assistant Director and CIBC as an Associate. He has an MA in History from Cambridge University.

Crescent is an alternative asset manager with over $24 billion of assets under management and over 165 employees as of September 30, 2018. Crescent is headquartered in Los Angeles with offices in New York, Boston, and London.

Arun Cronin is a Managing Director, and Head of Global Corporate Asset Finance and EMEA CLO at Credit Suisse. He is based in London, where he specialises in credit financing solutions, CLOs, credit structuring and RWA relief transactions. Before joining Credit Suisse in 2009 he worked at Merrill Lynch and Simmons & Simmons.

Arun was educated at the University of Birmingham and at BPP Law School.

Joe joined Alter Domus in January 2021. Based in London, he is a Director, member of the European Debt Capital Markets Sales team, where he predominantly works with direct lender and private equity clients providing administrative solutions to their investments – namely facility agent and trustee services

Before joining Blackstone Credit, then known asGSO Capital Partners, in 2005 Mr. Marshall worked in various roles at RBC,including fixed income research and business development within RBC's privateequity funds effort. Prior to RBC, Mr. Marshall helped develop a private equityfunds business for TAL Global, a Canadian asset management division of CIBC,and prior to that, he co-founded a microchip verification software companywhere he served as chief financial officer.

Mr. Marshall received an MBA from McGillUniversity in Montreal and a BA (Honors) in Economics from Queen's Universityin Kingston, Canada.

L.Max McEwen is a senior member of Barings’ Global Private Finance Group. He is responsible for originating, analyzing, structuring and monitoring North American and European private finance investments. Max has worked in the industry since 2004. Prior to joining the firm in 2015, he worked for Bunker Hill Capital, a lower middle market private equity fund, as a principal investor. Before joining Bunker Hill Capital, he was an Associate in Banc of America Securities Business and Technology Services team focusing on M&A. Max has a B.S. in Business Management with a concentration in Finance from North Carolina State University.

Pascal, based in London, is a Managing Director and Head of H.I.G.’s European direct lending team.

Pascal earned an MSc in Management from ESSEC Business School.

Diala Minott is a Corporate partner in the London office of Paul Hastings. Mrs. Minott specializes in structured finance transactions, including acting on numerous CLOs and CDOs—both pre- and post-crisis, as well as acting on bespoke hybrid mid-market CLO type funds. Her practice also encompasses debt and credit funds with a particular focus on direct lending, CLO equity and risk retention funds. She covers regulated and unregulated funds, both onshore and offshore, with a particular expertise in Luxembourg funds.